Greg Holloway started collecting coins when he was 7 and at the age of 13 he took his ﬁrst table at a coin show in Alexandria, Virginia and his career was launched.

In 1971 at the age of 14, he attended his ﬁrst international show, the American Numismatic Association annual event where he met Bob Riethe, who would shortly thereafter take him under his wing and teach him the world of numismatics. Together, as partners, they opened a coin store together in 1978 in suburban Philadelphia, that still exists to this day. Bob is one of the world’s great coin geniuses and he was privileged to have studied under him. 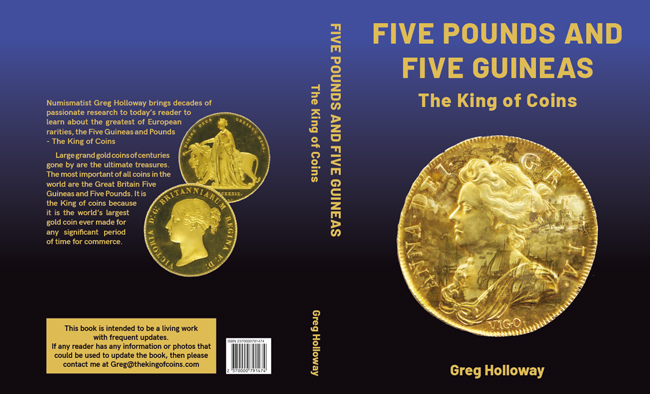 Greg learned at 14 the most important principle that would govern every decision that he would make from that point on, to only buy the best. Over the decades that Greg has been buying and selling coins, there has been one very dependable truth, buying the best will always reward the owner in the future.

It was clear at that time to Greg that to the US numismatic dealers acted as if the rest of the world did not exist as it was very unusual to ever see a coin from somewhere else other than the US. In 1977 he met Stephen Fenton for the ﬁrst time, and his appreciation for European coins began.

Stephen is one of the world’s top experts in English rarities and a contributing editor of this book. He remembers being awestruck when he saw a 5 Guineas for the ﬁrst time and from then on was now hooked on a new type of coin, ‘European rarities.’

Travelling to more than 1300 coin shows with many of them being in Europe. Greg’s appreciation grew for European coins and he eventually ending up living in Europe part time. Over many decades, he has been privileged to have learned at the hands of some of Europe’s top experts.

It is with these many experiences, he now brings decades of passionate research to today’s reader to learn about the greatest of the European Rarities, the 5 Guineas and Pounds: The King of Coins.

Large grand gold coins of centuries gone by are the ultimate treasures. The most important of all coins in the world are the Great Britain 5 Guineas and 5 Pounds.

It is the King of Coins because it is the world’s largest gold coin ever made for any signiﬁcant period of time for commerce. They weigh an impressive 1.35 ounce (41.75 grams) of .9167 ﬁne gold.

They are beautiful works of art created at the height of the British Empire’s reign first in 1668 by the most gifted of Artists and Engineers, Sculptures and Engravers. They were made both pre-union and post-union with Scotland and cover a fascinating period of English history.

The new gold Five ‘Guineas’ coinage derives its name from the reason that some of the gold was imported from Guinea by The Royal Africa Company founded by King Charles II in 1660. It was valued at 100 shillings and was the largest denomination of a new gold coinage series including the Two Guinea, Guinea and the Half-Guinea at 40s, 20s and 10s. 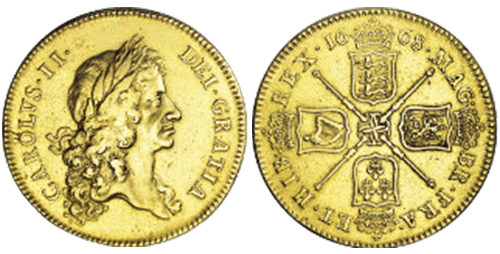 Collectors want important coin series. Coins from third world countries are not sought after nearly as much as coins from important countries. Great Britain and its colonies eventually evolved into the British Empire, the world’s largest in history. The famous saying, the sun never set on the British Empire, helps deﬁne the scale of global demand from collectors and investors.

Our focus for this work is both on the Five Guineas and then Five Pounds series dating from its inception with Charles II in 1668 to our ﬁnishing point in 2020 with the current issue of the Five Pounds for Her Majesty, Queen Elizabeth II. From 1668 until 1777, the series is called 5 Guineas.

None were made again until 1820 and then the regal coin was named 5 Pounds. With the new 5 Pounds series, the decision was made to mint these largely as Proof presentation pieces for Royalty and VIP. Only in 1887, 1893, and 1902 was the 5 Pounds ever made for commerce.

The Queen of Coins 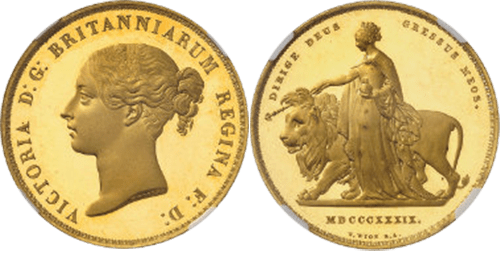 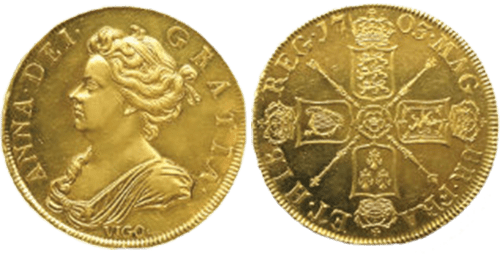 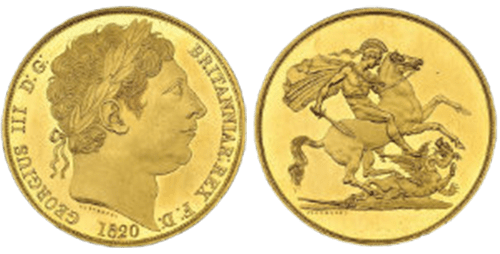 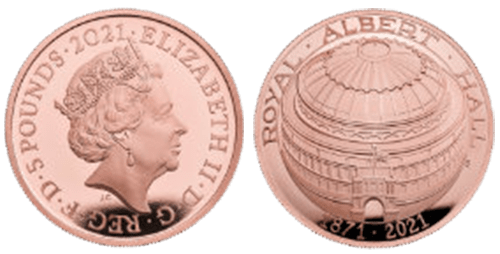 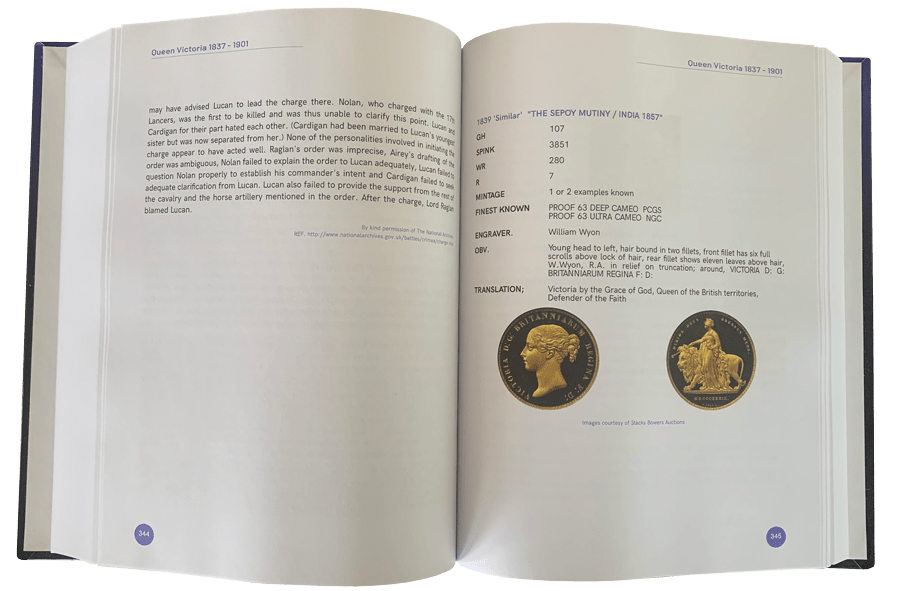 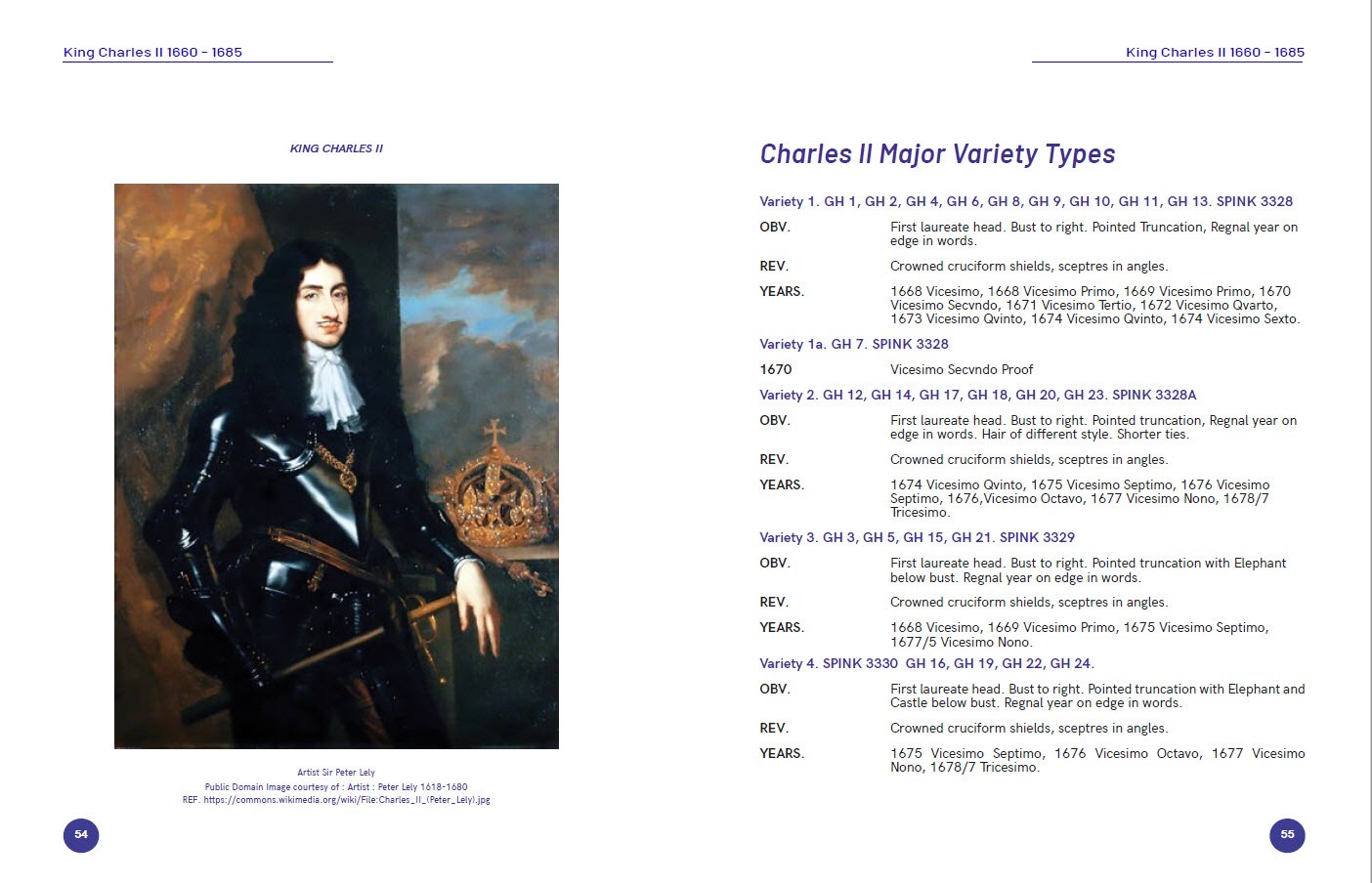 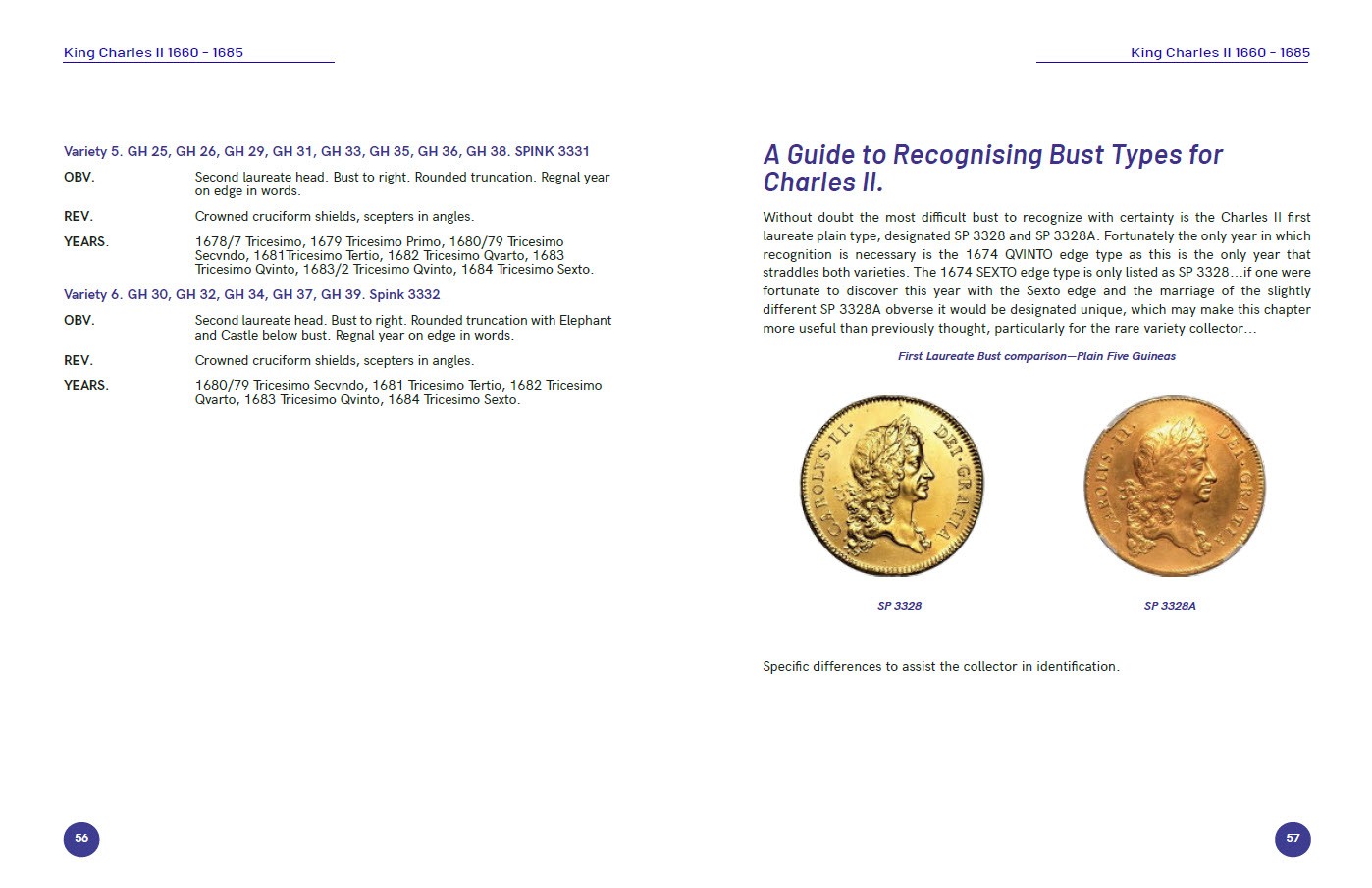