Jordon Lott from Viceroy Coins broke a world record with his £516,000 purchase for a royal Edward VIII gold rare coin. The highest sum ever paid for a British coin.

The very rare coin is one of two gold ‘proofs’ struck before planned 1937 coronation, but it was never put in production because Edward VIII stepped down in 1936 to marry US divorcee Wallis Simpson.

It last sold in Tokyo in 1984 for a mere £40,000. British coins are seriously undervalued. Only six of the coins were ever made to show the King: four are in museums, one is in a complete set of rare sovereigns, and this is the sixth. 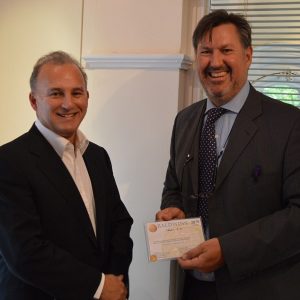 Ever controversial, Edward refused to follow coinage tradition and have his head face the opposite direction to his predecessor, his father King George V, who had faced left. This tradition started in the 17th century with King Charles II who wished to face the opposite way to Oliver Cromwell and has been followed ever since.

Edward sat for portraits and presentations of plaster models for the coin in February 1936, a month after he became King. On the reverse of the gold coin is St George slaying a dragon with his sword and the year of 1937.

Article courtesy of The Daily Mail.